After increasing their offerings during Covid, the Mountain View bottle shop is coming back strong (and sour).

Downtown Mountain View bottle shop Jane’s Beer Store helped keep locals stocked with suds for the duration of the pandemic shutdown and beyond. The store, located at 720 Villa St., opened in 2012 and carries a range of craft beers, from local offerings to brews from around the US and abroad.

“It’s a little mixture of everything, so we have a pretty large selection of Belgian beers. German beers. We also have some other beers from throughout the world, but then a lot of the beers are local, as well, so a lot of Bay Area, a lot of California — Sacramento, San Diego,” said Stuart Keith, manager of Jane’s Beer Store. The shop also carries other craft alcoholic beverages, such as ciders, mead and some hard seltzers.

During the early months of the pandemic, the store was confined, as so many businesses were, to offering curbside pickup. As the state has reopened and public health rules have relaxed, customers are returning to shop in person, but some are still calling in to pick up orders, Keith said.

Jane’s has relied on its robust presence on Instagram and Facebook to get the word out to followers about the latest arrivals — particularly helpful during the shutdown when customers couldn’t visit the store. 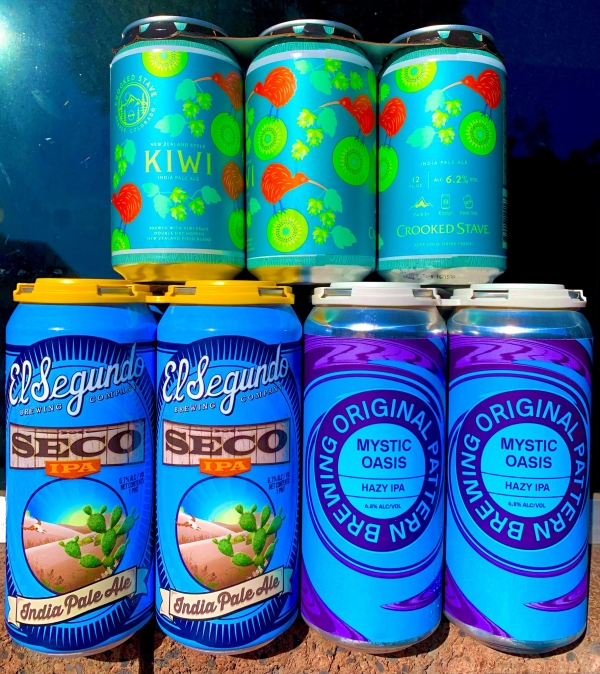 Social media post highlighting new stock — Jane’s Beer Store relies on Instagram and Facebook to help get the word out about its latest offerings, which was especially helpful in keeping customers updated during the shutdown. (Courtesy Jane’s Beer Store)

“We’ve been trying to do our best to just keep social media updated. We usually take a picture and write a little description about each beer or cider, and then put it on social media and usually that brings in a good amount of people who are excited about the new products coming in,” Keith said.

The continuing trend among breweries toward unique, colorful label art has helped ensure an array of photos featuring bright, eye-catching cans and bottles that will pop on social media feeds. Some of those beautifully packaged beers actually would have been much harder to come by before the pandemic, as a number of breweries that typically sold to restaurants and bars have begun packaging more of their beers for retail. 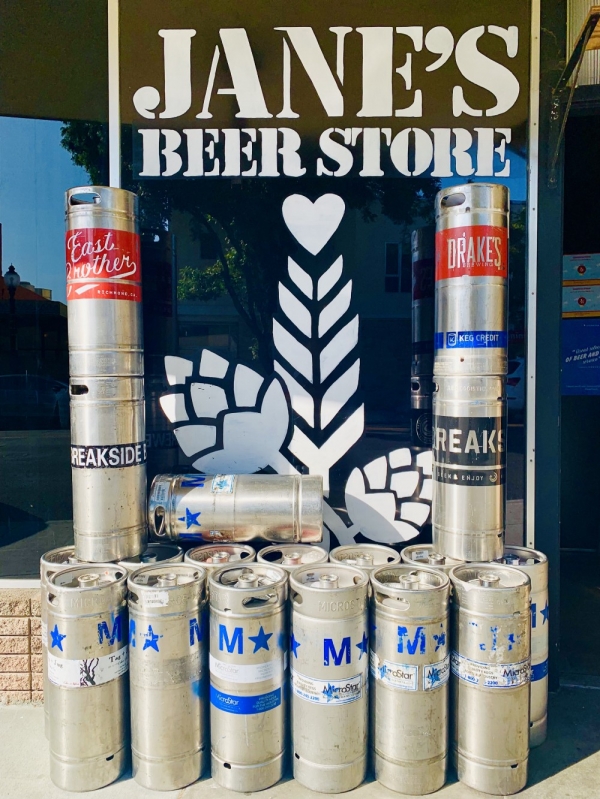 In the pandemic, breweries shifted their focus from kegs to other packaging like cans and bottles. (Courtesy Jane’s Beer Store)

“Since many bars and restaurants had to close (during the shutdown), a lot of breweries were kegging less of their beers, and that means that they were focusing more on packaging. There were even some breweries that we weren’t able to get pre-pandemic that, since they upped their packaging, we were able to start getting their cans and bottles more frequently,” Keith said.

The last year or so didn’t seem to alter customers’ tastes for the styles of beer they were craving. The most popular beer styles pre-pandemic have continued to see steady demand, Keith said, with the reigning champs still IPAs and sours, as well as stouts and barrel-aged beers.

“Definitely IPAs are number one, and within IPAs there are almost two styles: the West Coast IPAs, which are a little bit more bitter and citrusy, where the hazy kind of New England style is more tropical and kind of soft and fruity. We sell tones of those every single week,” Keith said. He said that lots of customers are drawn to sour beers during warmer weather and stouts and similar sturdy quaffs during the winter months.

Looking ahead, Jane’s plans to add a fourth fridge to create additional cold storage, which Keith said is becoming more important as newer breweries require that their beers be kept cold to aid in shelf life and stability.

With Jane’s location a block from the Mountain View Caltrain station, Keith said that pre-pandemic, it was fairly common to have customers drop by after work to pick up a brew on their way to the train, to either enjoy on the commute home or on the way to a Giants game in San Francisco, as it’s legal to drink aboard the train. That group of customers hasn’t really returned yet as Caltrain ridership is still slowly getting back up to speed. But since last month’s reopening, customers have returned steadily, particularly on weekends, and with the store’s downtown location, it sees steady traffic, whether it’s longtime customers or casual visitors who are in downtown to meet up with friends or run errands.

“There are always new people coming and going. I feel like almost every week, I have a new customer coming in saying, ‘Oh we just moved down the block and will start coming here,'” Keith said.

Dig into food news. Subscribe to the Peninsula Foodist newsletter. Every other week, get insight into the latest openings and closings, learn what the Foodist is excited about eating, read exclusive interviews and keep up on the trends affecting local restaurants.