The Beer Store has sold several properties in Toronto, capitalizing on rising land values ​​and opening the door to … you guessed it … more condos.

Another Beer Store is now destined to bite the dust, this one located at 452 Bathurst Street, just south of the College.

A new application submitted to the City on behalf of Starbank Development Group seeks rezoning approval that would pave the way for the developer to replace the current Beer Store with a boutique six-story condominium.

Featuring a design by architects BDP Quadrangle, the building would not be exceptionally tall and would blend into the surrounding architecture with a red brick exterior.

A slight overhang and unique bricks would help make this building stand out at the pedestrian level. 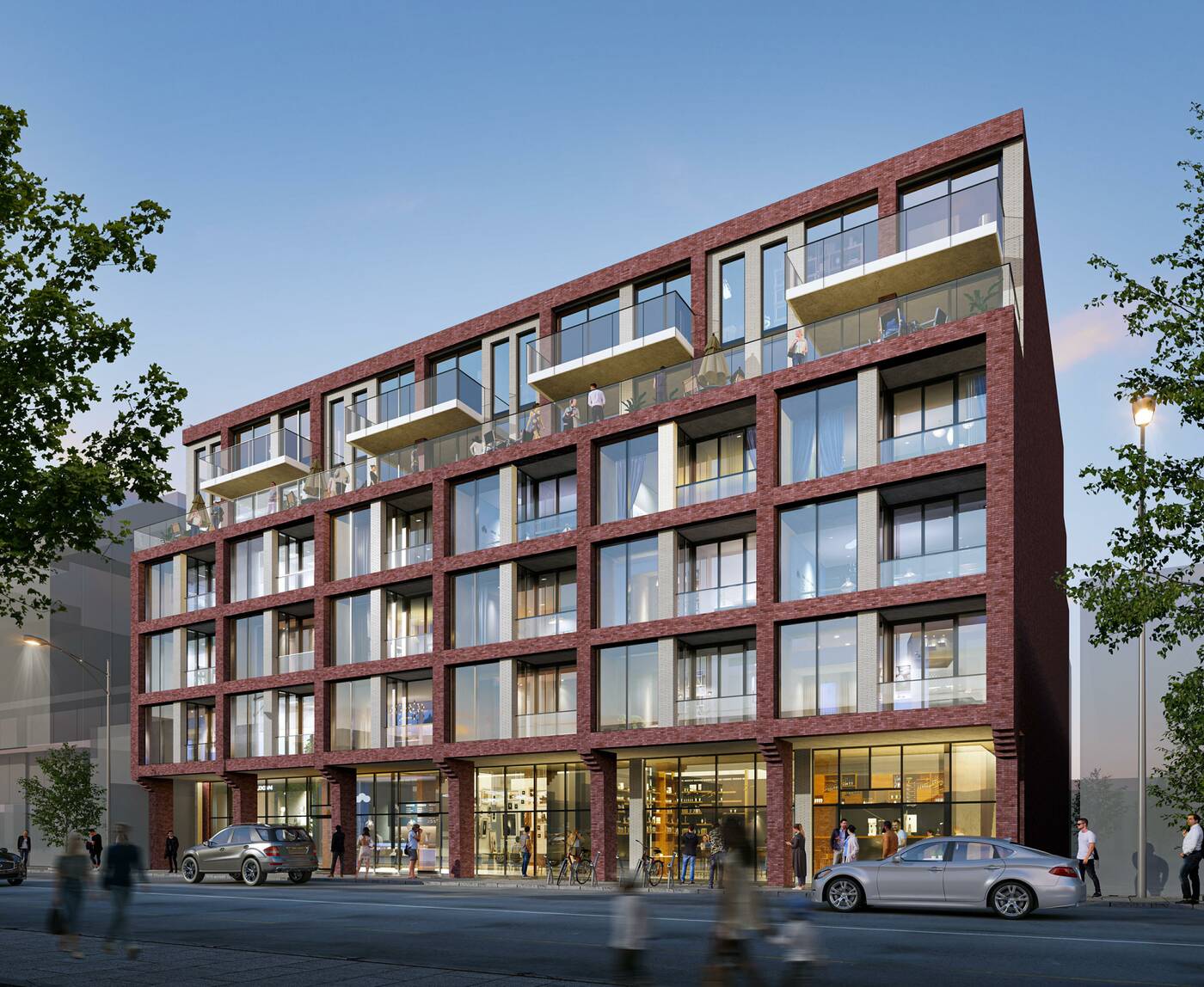 Despite its lack of stature, the proposal could still spark controversy in a predominantly low-density area that has been largely isolated from the sweeping changes of the condominium boom that has spanned over a decade.

Mitigating possible complaints from locals, only 49 condominium units are on offer, and unlike most newer developments in Toronto that emphasize one-bedroom units popular with investors, this project seems more family-oriented.

Only two of the total are planned as one-bedroom units, along with 34 two-bedroom and 13-bedroom units that would (gasp) actually be able to support families.

At street level, two commercial spaces would animate this section of Bathurst. Combining for a total of 365.7 square meters, these retail units would provide new living opportunities where the Beer Store’s ugly surface parking lot is currently located.

And with such a limited number of units and a small amount of retail space, it’s a bit of a surprise that the building requires 57 vehicle spaces across three entire levels of underground parking. In addition to this, 56 bicycle parking spaces are provided.

The application is currently under review by municipal staff and is in its early planning stages.

So if you live nearby, don’t panic. Your local beer store still has plenty of time before the wrecking ball arrives.